Boeing Research & Technology engineer Michael Matlack believes the use of Thermwood’s additive manufacturing technology in this application provided a significant advantage, saving weeks of time and enabling delivery of the tool before traditional tooling could be fabricated.

The tool was printed as a single piece from 20% carbon fiber reinforced ABS using the Vertical Layer Print system. Boeing purchased a Thermwood LSAM machine with the VLP functionality for the Interiors Responsibility Center (IRC) facility in Everett, Washington. 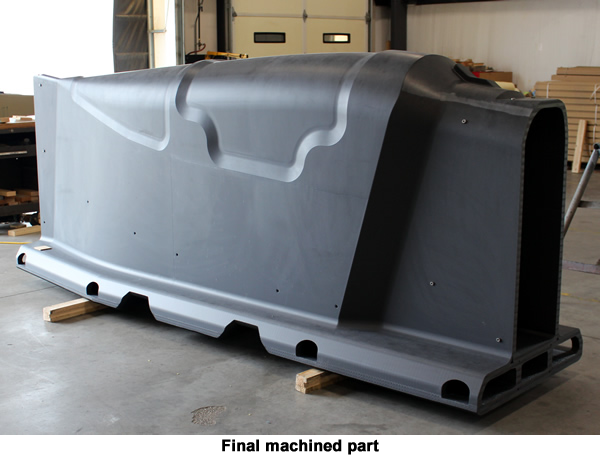 The ability to quickly produce large-scale tooling at a quality level suitable for a real world production environment represents a significant step in moving additive technology from the laboratory to the factory floor.

Thermwood has already applied for 19 separate patents on various aspects of this new technology (several have already been granted and more will be coming as development continues). LSAM is truly “state of the art” in this exciting new world of Large Scale Additive Manufacturing. 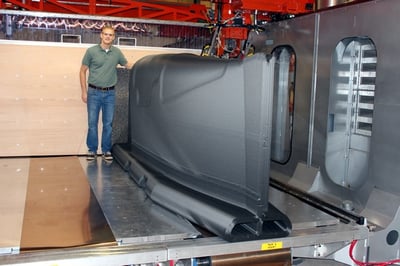